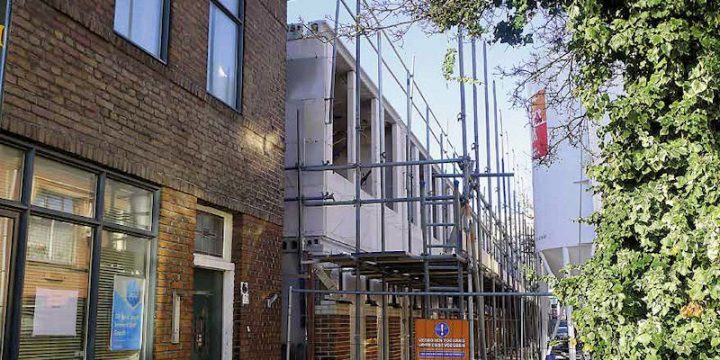 On behalf of the municipal executive, alderman Revis (VVD) has presented his plans on how he wishes to deal with the increase in the number of inhabitants in The Hague. His plans focus mainly on building and dividing houses. The opposition believes that in addition to this there must be more attention to the liveability of neighbourhoods.

Revis expects that on an annual basis, up until 2023, the population of The Hague will increase by 4,000 to 5,000. According to Statistics Netherlands, last year the population of The Hague increased by 6,000. This continued growth leads to an immense shortage in the housing market, with a shortage in particular of rented housing with a rent of up to 850 euro per month. There are about 57,800 people on the waiting lists of the housing associations. In 2017, the average waiting time was almost 4 years. On average, 319 house seekers replied to one housing advertisement.

The Municipal Executive of political parties Groep de Mos, VVD, D66 and Groen- Links wants the accommodation that is already available to be divided differently. In this way, there will be an income limit for rented accommodation with a rent of up to 950 euro. Only people with an annual income of less than 60,000 euro will be eligible for that accommodation. In addition, there will be a priority regulation for people with ‘indispensable’ professions such as teachers, police officers and healthcare staff. And in order to give starters more scope, 5% of the subsidized housing becoming available will be allotted to starters in The Hague.

In addition to dividing existing accommodation differently, more accommodation must be built. The housing associations are given the assignment to add an average annual 750 houses in the cheap and middle- range segment. That target was not reached during the past few years. Market parties are also encouraged to build more houses for subsidized renting. To facilitate the building, the housing associations, the market parties and the municipality will carry out intensive consultations under the title ‘Haagse Tafel Wonen’ (‘The Hague Discussion table on Housing’). In the plans there is no mention of involving inhabitants in this discussion table.

The large demand for housing space leads to dividing up or ‘verkameren’ – dividing houses into separately rented rooms. As a result, the number of inhabitants in for instance the Zeeheldenkwartier is increasing, while the houses and the facilities in the neighbourhood are not equipped for this.

In order to somewhat limit the dividing up of housing, the Municipal Executive believes that a maximum of 20% of the total number of houses may have a living area that is less than 50m2. In addition, the Municipal Executive wishes to make it ‘less attractive’ to buy houses and then rent them out by ‘being strict about structural division of houses and setting conditions regarding holiday letting and dividing houses into separately rented rooms’. There is no explanation of what this will look like in practice.

In the coalition agreement of May 2018, a similar promise was included, and there was no further elaboration either. It was also indicated that there would be a liveability test for new-build and renovation projects, but there is no mention of this in these new plans.

Opposition parties are fundamentally positive about the ambitions of the Municipal Executive, but they are concerned about the large number of divisions of houses and houses divided into separately rented rooms. The Municipal Executive should pay more attention to the social cohesion and the liveability of the city.

Pieter Grinwis (ChristenUnie/SGP) states: “It are not the principles of the market but primarily the needs of the city that must be the leading factor, in order to keep The Hague an attractive city for the inhabitants to live in.” Together with the CDA, for some time he has argued for a temporary ban on division of houses until there is a workable liveability test. “In densely populated, older neighbourhoods where the liveability is under considerable pressure, there must be an overall ban on division of houses.” The CDA endorses this: “We receive a great deal of complaints about this from inhabitants. A liveability test is urgently required and until that time the division of houses must cease.”

The PvdA and the Haagse Stadspartij (HSP)are also concerned about the rapidly increasing division of houses for separately rented rooms. Tim de Boer (HSP): “There is now maybe more attention to division of houses, but the result is that houses are not divided but rented out per room. The rules for room letting were also relaxed in late 2015.” Martijn Balster (PvdA) shares that concern:”The registration obligation for letting out rooms has been abolished. We hear about serious wrongdoings, but do not have a proper insight into them.”

In order to repel slum landlords, according to the PvdA and CU/SGP, there should be a single occupancy obligation for particular houses. There should also be a permit obligation for the landlord which mentions standards for proper rental and affordability. In the case of wrongdoings, the permit can then be withdrawn. Groningen recently introduced a similar permit system.

Both the PvdA and the HSP emphasize that the Municipal Executive must be more committed to new-build in order to deal with the influx of new inhabitants. That would also reduce the pressure on old neighbourhoods. Balster (PvdA): “The Municipal Executive is not building enough, but is just dividing things up differently.” De Boer (HSP) therefore believes that the alderman must make more effort to revoke the landlord levy, so that the housing associations have more leeway for new-build.