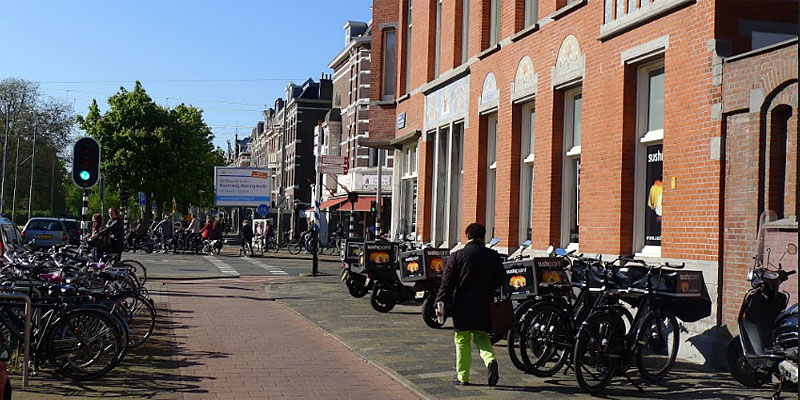 Due to new building and the splitting of houses, the population of ZeeheldenKwartier increases by hundreds each year. People live ever more closer to each other, which causes the quality of lives to come under pressure. According to Ludo Geukers of the residents’ organisation De Groene Eland, the neighbourhood is not equipped for so many inhabitants.

Behind the monument at the Van der Spiegelstraat 12, a new apartment block will be built with possibly a few dozen apartments will be built. When asked by an editor of the ZeeheldenNieuws, the architect of the project, Bureau Kroner Architecture, confirmed this. It was already known that 60 new apartments are planned on the Prins Hendrikstraat and 13 houses on the Crispijnstraat. Moreover, a renovation plan is being developed to realise 10 apartments at the beginning of the Elandstraat and the Piet Heinstraat.

This is just a selection of all the planned new housing in the neighbourhood. Each year, dozens or even hundreds of houses are added to the ZeeheldenKwartier. In 2016, as many as 206 were added, among which the 153 new houses in the apartment block at the Kortenaerkade. The other 53 houses were generated due to splitting up houses and because offices or shop premises were converted into housing. At this moment, 85 percent of the housing in our neighbourhood consists of apartments.

Due to all these developments, the number of inhabitants of the ZeeheldenKwartier is growing. In 2016, the population increased by 326 to 11,518 inhabitants. With more than 6,400 people per square kilometre, Den Haag has become the most densely populated city in our country. With our 13,810 people per square kilometre, the ZeeheldenKwartier is twice as densely populated as the average of our city. The municipal council expects that our neighbourhood will keep growing and will have about 12,000 inhabitants in 2018.

But that’s not all. According to the municipal council of Den Haag, the city has to grow in the coming 25 years by between 50,000 and 80,000 inhabitants. In October last year, the municipality presented the plan ‘Agenda Room for the City’ to make this growth possible. The magic word in this plan is ‘densification’, densification of the existing neighbourhoods so that a ‘compact city’ will be created. Therefore, the municipality focuses in particular on ‘students, starters, expats, urban families and the entrepreneurial middle class. ’Consequently, the process of more apartments and more densification will continue, as far as the municipal council is concerned. 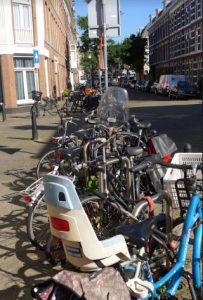 Residents’ organisation De Groene Eland is very unhappy about this development and thinks that making the districts even more compact is not a good idea. “If a lot of people want to live in the city, the city just has to become bigger”, says chairman Ludo Geukers. Geukers cannot find any coherence in the plans of the municipality. “By now, the parking pressure has become so high that the catering establishments are not allowed to place terraces anymore, whereas on the other hand the 200 parking places in the adjacent Zeehelden Garage are allowed to be demolished to make room for 60 new student residences. The municipality suggests making more use of public transport, and then they mention the possibility of discontinuing the tram route from the neighbourhood.” Geukers thinks that the municipality does not take the interests of the inhabitants seriously when making new plans. “The municipality consults with the project developers about the plans, and the inhabitants and entrepreneurs are only involved when the deal is done. But this happens to be our neighbourhood and not the one of the municipal official or the project developer.” Geukers is very worried, because he thinks that this rapid increase of residents puts a lot of pressure on the liveability. The public space is becoming increasingly crowded, there is too little green space and the facilities for parking, cycling and public transport are not properly equipped.

The responsible alderman Wijsmuller (Haagse Stadspartij) claimed that he was too busy to be able to respond to the questions of the ZeeheldenNieuws. The plan ‘Agenda Room for the City’ was adopted by the municipal council on October 2016 on the proposal of Wijsmuller. About 2000 to 2500 houses have to be added to the city per year, of which a part will be realized in the ZeeheldenKwartier. To create room for housing, the alderman wants to ‘organize the traffic, the parking and the bicycle sheds increasingly underground’.

The ZeeheldenNieuws will keep you informed about any further developments.