Missed the plane, your flight delayed, denied boarding, baggage lost or damaged, and other air travel problems. Are you entitled to compensation (for damage)? A summary of your rights is given below.

We all remember the miles of tailbacks on the way to Schiphol and the long queues of waiting passengers during the May holidays this year. The reason was tightened security checks. It is obviously our own responsibility to arrive at the airport in time. To make certain of this, you should ask your airline.
It has been reported that dozens of claims have now been submitted to the airport by travellers who could prove that they were at the airport on time. Are these inconvenienced travellers entitled to compensation? This is currently still the question. It has never previously been awarded in the Netherlands. But Schiphol, just like any other company, is possibly liable for damage if it acted unlawfully or, for example, was not sufficiently careful. If you are one of those inconvenienced travellers and can also prove it, then it would be a good idea to hold Schiphol liable in writing.

There are two (international) regulations that give rules for situations relating to flight delays and compensation. We summarise those rules as briefly as possible for you below.

If your flight is delayed by more than 3 hours, you may have the right to (fixed) compensation.
The amount of the fixed compensation to be paid by the airline depends on the flight distance and the time delay, and is between €250 and € 600.

In addition to this compensation, the airline must provide good service in the event of delays. This means that it must offer food, drinks and, if necessary, hotel accommodation and transport to and from the hotel, all free of charge, or must pay the costs. You must therefore keep all your receipts! And be aware that what you spend should be in reasonable relation to the waiting time: a visit to a super-expensive restaurant is not covered, and neither is the consumption of alcohol!

In the case of delays of more than 5 hours, you have the right to cancel your flight. The airline must then reimburse the full cost of the unused ticket. And if it’s a return flight, the airline must offer you an alternative return flight free of charge, or an alternative travel plan to your final destination. You can also opt for an alternative travel plan to your final destination at a later date of your choice, if seats are available.
If the airline informed you of the delay at least 2 weeks before the planned departure time, you do not have any rights.

Denied boarding against your will: “overbooking” or flight cancellation

In addition to all this, the airline is obliged to pay (fixed) compensation of €250 to € 600, depending on the distance of the planned flight.

Cancellation due to threat of terrorism, or a threatened disaster, travel warning

Incidents of this kind are usually excluded from travel insurance cover. But if the Ministry of Foreign Affairs issues a travel warning, then your costs will often be reimbursed if the travel organisation that planned your trip is affiliated to the Travel Contingency Fund (Stichting Calamiteitenfonds Reizen SCR). However, it’s your own fault, of course, if you book a trip when a travel warning is already in place.

If you discover on arrival at your destination that your baggage was left behind or damaged, then you must complete and hand in a PIR form (Passenger Irregularity Report) at the airport concerned (and keep a copy yourself!).
If your baggage is delayed, you are entitled to reimbursement of essential items such as toiletries and clothes. These costs must be reimbursed by the airline, so you should keep the receipts and the PIR form, and send copies of them by e-mail or letter to the airline to claim the compensation.

If your baggage has still not been found more than 21 days after the planned arrival date, or if the airline notifies you earlier that the baggage has been lost, you are entitled to compensation up to a maximum of (around) € 1,250.

Have a good trip!
Meijer Lawyers and Tax Consultants 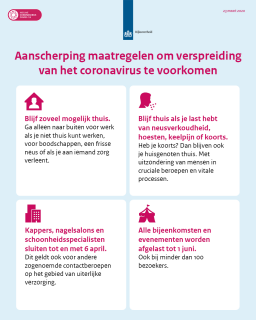