From a refuse bag to an ORAC: a blessing or a drama? 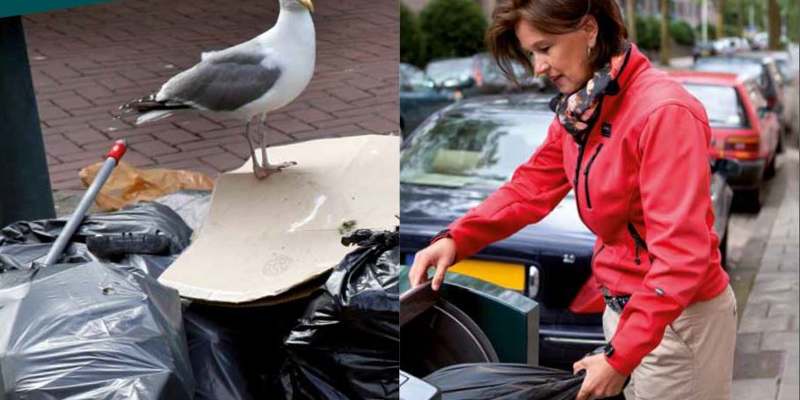 Since 17 March, the plan for the underground refuse containers in the ZeeheldenKwartier has been deposited for inspection. The refuse bag will disappear from the street and go underground. In our district, opinions differ considerably. Will the ORAC (Ondergrondse Rest Afval Container = underground container for residual waste) be a blessing for the district or more of a curse?

For years now, the municipality of The Hague has been busy placing underground refuse containers, in which the inhabitants can get rid of their residual waste, 24 hours a day. During the past year, they also have spent a lot of time searching for suitable places for these ORACs in the ZeeheldenKwartier. On 17 March, the provisional installation plan was published. On that plan, we can see where the bins will be placed; although the plan has not yet been finalized. In general, per street, about 2 or 3 underground containers are sketched in. Usually at practical locations, such as a street corner with a blind wall. But sometimes also very prominent on the pavement by the front door. Like at Colin’s house – he will have three ORACs right in front of his door. “Industrial monstrosities”, he calls them. And he is also worried about the emptying of the bins in these narrow streets by huge trucks. Nevertheless, people who already have ORACs in their street are very enthusiastic. An inhabitant of the Perponcherstraat, close to the ZeeheldenKwartier, says: “I don’t want to go back to seeing all those bags ripped open on the street!”

You can find the draft installation plan of the ORACs in the ZeeheldenKwartier at www.denhaag.nl/bestuurlijkestukken under RIS-number 292644. Meanwhile, the deadline for submitting a view has been closed. Nevertheless, if you would still like to react, go to www.denhaag.nl/afval for more information about the procedure.